While reading this book I thought it was just a cliche love story which I would not like, but when I got to the ending, I was pleasantly surprised.  I ended up really enjoying this book more than I expected.  The characters' situations are interesting as well as the whole plot of the novel. I would recommend this book to lovers of realistic fiction. I enjoyed reading this book; the concept is absolutely fascinating.  However, I was disappointed with the ending.  I know there is a second book, but I just did not like how the ending did not give any conclusion whatsoever. This book was very interesting and thought-provoking.  I did not feel much of an attachment to any characters, but their stories fascinated me.  I was a bit disappointed by the ending because it was very inconclusive. I'm not a huge fan of murder mysteries, so I wasn't super thrilled with this book.  The story was interesting and I was surprised by the ending.  In a way, it kind of reminded me of a Disney movie because just as it was about to end, something crazy happened to turn the story around.  This book doesn't really stick with you though. 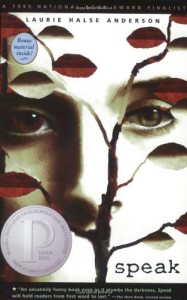 I enjoyed this book because I could relate to it on some levels.  The main character and I both hate school.  This novel was touching and memorable.  I also was very pleased with the ending. Honestly, I wasn't a huge fan of this book.  The plot was only mildly interesting and the ending was predictable.  I would not recommend. I LOVE this book.  John Green is an amazing writer.  I say this about a lot of books, but the characters are so memorable and unique!  While the ending did make me cry, I think it was realistic and necessary. This book gives you an interesting outlook on life.  READ IT!!! This book was very unique because unlike other Holocaust novels, it has a happy ending. I didn't find the plot or characters very interesting because I have read a lot of books very similar.  I would still recommend this book for historical fiction fans.

This is my absolute favorite book!  I have read a lot of Holocaust novels, but this one really sticks out.  The characters are very complex.  This book also has an extremely unique and thought-provoking element (if you have read it,you know what I mean.) The characters were very memorable and so was the plot.  I enjoyed every page of this book.  The author's writing style is amazing and unique.  I would highly recommend this book. This book was surprising because I have read other books by the author that were so different.  Regardless, I really enjoyed the book.  The story was very interesting and the characters were unique.

The characters and plot in this book were memorable and compelling.  The ending was realistic which I like.

I have recently finished The Night Gardener Jonathan Auxier.  At first I though I might not like it since I generally read historical or realistic fiction, but I actually really enjoyed it.  I found myself actively visualizing and predicting.  Although I loved the actual story, I was not a huge fan of Jonathan Auxier's writing style.  At times where there was a lot of action, I found it difficult to keep up with what exactly was going on.  This is one of those books where you have to read closely to be able to really comprehend.  Overall, I enjoyed this particular book, but I don't plan on reading more from that author.

As Ruta Sepetys as our author, I think we both feel that her writing style is very unique and powerful.  I have also noticed that you have really analyzed the characters. I must say that Sepetys creates such fascinating characters that you generally either love or hate.  There is actually a really interesting character in Between Shades of Gray that I have mixed feelings about.  He is mostly referred to as "the bald man."  At the beginning, I strongly disliked the bald man because he is extremely grouchy and inconsiderate.  He constantly scared the children by talking of how they are all going to die.  Although he remained grumpy throughout the novel, I realized that he actually did have good intentions.  For instance, he have his ration of bread to Lina's sick mother.  I kinda love it, but also hate it when an author makes a character very complex because I have trouble deciding whether I like the character or not.  Sepety's characters' personalities are not always just black and white, sometimes they are shades of gray.  I wonder if that is part of why she chose the title Between Shades of Gray.  Maybe she wanted to emphasize the idea that although World War II was full of terrible people and awful times, there were also people like Lina's mother who fought for a cause and showed immense love.  I hope you are enjoying reading Ruta Sepetys.

Booklikes is a useful site for finding books you want to read. I think the best way to discover new books using Booklikes is to search a keyword (author, genre, etc.) and explore the results.  With this method, I have discovered the book Let it Snow by John Green which I have not read yet, but I am planning to.

Between Shades of Gray A lot of details and concepts in Between Shades of Gray give insight into Ruta Sepetys's life.  For instance, she is Lithuanian and is the daughter of a Lithuanian refugee.  This surely explains why she made Lina and her family Lithuanian.  Also, Sepetys was raised in a family of talented artists, readers, and musicians.  This could be why she chose to make Lina an artist.  I really like how she incorporates her own interests and background into her characters.  I found on Ruta Sepetys's website that she is a "seeker of lost stories."  This is certainly reflected in her novel.  Between Shades of Gray tells the story that is so important, but so overlooked.  Most people know about the Holocaust and how the Nazis forced Jewish people in camps, but fewer people are aware of the Soviets deporting people to labor camps during the same time frame.  Sepetys could have written about the Holocaust, but she chose to bring insight into a little-known event.  Ruta Sepetys ultimately tells beautiful stories while including details from her own life.

""Mother pulled a bundle of rubles from her pocket and exposed it slightly to the officer. He reached for it and then said something to Mother, motioning with his head. Her hand flew up and ripped the amber pendant right from her neck and pressed it into the NKVD's hand. He didn't seem to be satisfied. Mother continued to speak in Russian and pulled a pocket watch from her coat. I knew that watch. It was her father's and had his name engraved in the soft gold on the back. The officer snatched the watch, let go of Jonas, and started yelling at the people next to us.
Have you ever wondered what a human life is worth? That morning, my brother's was worth a pocket watch" (Sepetys 26-27)."

I think this quote is really significant because it emphasizes how the NKVD do not see any value in the lives of their victims.  They do not stop to consider that these people are mothers and fathers and children.  They only are concerned with their own comfort.